On another page I quoted Marco Polo's record of Chinese seeing, hunting, and eating what appears to be what you'd call a dinosaur today. That's a clear historical record of dinosaurs in the 14th century. And there are many other historical records describing dinosaurs.

This photo shows the fossil skeleton of the dinosaur Dracorex hogwartsia. It very much looks like historical descriptions of a dangerous "dragon" named the Bator Dragon. The Genesis Park web site states: "Reliable historical accounts tell of a dragon that was killed in the swamps of what is now Hungary about the year 1035. This fierce reptile had become the scourge of the countryside and was finally destroyed by some brave townspeople. Thereafter the town became known as Bator, which means “Brave” in Hungarian." 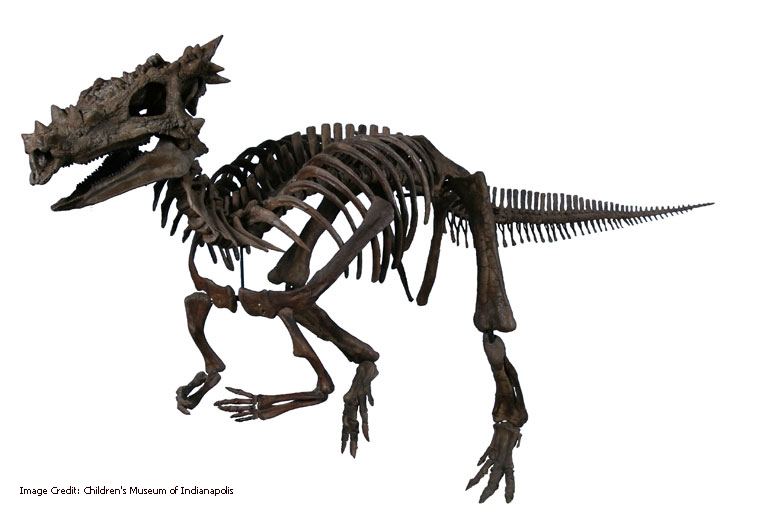 Records giving descriptions of "dragons" (we were not called dinosaurs until until 1841) are numerous, as you can see on this web page (tap here). One of the more recent is reported in the April 26, 1890 edition odf the Tombstone Epitaph, the local newspaper. Two cowboys shot down a "winged dragon" resembling a pterodactyl, "only much larger." From the newspaper's description this appears to have been a Quetzelcoatlus, whose fossils were found in Texas.

The oldest written records of dinosaur is probably the book of Job in the Bible. Chapter 40 describes Behemoth who: "eats grass like an ox" (a herbivore); "tail like a cedar" tree; "bones like tubes of bronze;" "limbs like bars of iron;" "under the lotus plants he lies down, in the covert of the reeds and the marsh;" and "is strength in his loins and his power in the muscles of his belly." Job 40 is describing a sauropod dinosaur.

One of the more chilling historical records is found in The Natural History of Serpents and Dragons, published in in 1640, page 40, written by Ulysses Aldrovandus, who is considered to be the father of modern natural history. He records that on May 13, 1572, at 5:00 PM, a herdsman named Baptista killed a small (juvenile) dragon that was blocking a public roadway. The description of this dinosaur is very similar to Marco Polo's description of dinosaurs the Chinese ate. In this case the herdsman mounted the dead dragon and put it on public display. This death of one of our ancestors is sad, but that it was recorded and the stuffed dragon put on display is something that could not have happened if this report was not true.