You Used To Eat Us!

Were There People Around When We Dinosaurs Roamed The Earth?

The answer is overwhelmingly, YES! While us dinosaurs are not capable of making records of what we see and experience, you humans can. The records showing that people lived at the same time as us are extensive.

Humans created artwork showing dinosaurs... anatomically correct artwork that could only have been created by someone who saw dinosaurs. Humans have also left written records describing us, including both scientific writings as well as the Holy Bible. There are even fossils showing that we lived at the same time... 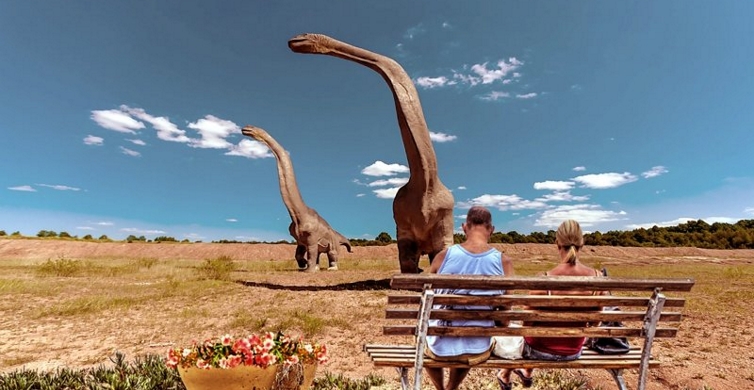 To summarize: there is a huge amount of archeological evidence showing people and dinosaurs lived together. Artwork, pottery, tapestries, and even scientific catalogs of animals all show or describe us (dinosaurs) in a way that could only be done by someone who actually saw us. For example, the following is a quote from The Travels of Marco Polo. Marco Polo traveled to China in the 13th century and reported seeing animals that, based on his description, are us:

"Here are seen huge serpents, ten paces in length, and ten spans in the girt of the body. At the fore part, near the head, they have two short legs, having three claws like those of a tiger, with eyes larger than a fourpenny loaf (pane da quattro denari) and very glaring. The jaws are wide enough to swallow a man, the teeth are large and sharp, and their whole appearance is so formidable, that neither man, nor any kind of animal, can approach them without terror.

>Others are met with of a smaller size, being eight, six, or five paces long; and the following method is used for taking them.

In the day-time, by reason of the great heat, they lurk in caverns, from whence, at night, they issue to seek their food, and whatever beast they meet with and can lay hold of, whether tiger, wolf, or any other, they devour; after which they drag themselves towards some lake, spring of water, or river, in order to drink.

By their motion in this way along the shore, and their vast weight, they make a deep impression, as if a heavy beam had been drawn along the sands. 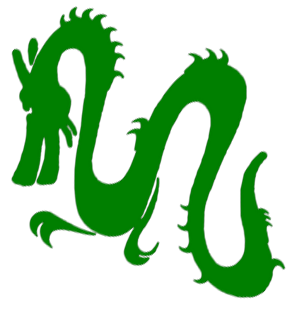 Those whose employment it is to hunt them observe the track by which they are most frequently accustomed to go, and fix into the ground several pieces of wood, armed with sharp iron spikes, which they cover with the sand in such a manner as not to be perceptible. When therefore the animals make their way towards the places they usually haunt, they are wounded by these instruments, and speedily killed.

...The flesh also of the animal is sold at a dear rate, being thought to have a higher flavour than other kinds of meat, and by all persons it is esteemed a delicacy."-- Travels of Marco Polo

This is a description of what you'd call a dinosaur. There is no reason for Marco Polo to write a false report. And in the 13th century he had nothing on which to base his description, if he had not actually seen these dinosaurs (aka dragons). (Note: this Chinese dragon is similar to what was called a Wyvern in Europe.)

Read your Bible! We dinosaurs have brains the size of walnuts and it's easy for us to understand this. God, who cannot lie, says that dinosaurs (and all land animals) were created on the same day as humans (Genesis 1:24-28). We've lived together since day six of creation! ... until I went extinct (we need to talk about that.)