Carbon dating cannot measure millions of years. It can only be used to date recent things. So... can dinosaur fossils be carbon dated? YES!

Just the fact that fossils of our bones can be carbon dated proves those bones are just thousands of years old (at most), not millions of years. 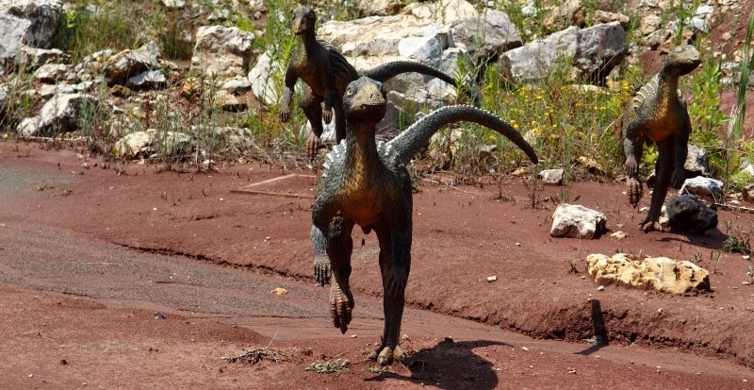 In addition, more and more variables are being identified that have reduced the reliability of carbon dating. For example the initial conditions are not known, in particular the conditions before the Great Flood. The diet of the animal being dated also effects the amount of C14.

C14 has been found in nearly every dinosaur bone that has been tested (contamination has invalidated some tests). Most have been dated as being less than 40,000 years old. This is positive proof that we (dinosaurs) lived recently, not millions of years in the past. Some examples include:

Remember... there should be zero... that's ZERO... absolutely no C14 in anything older than 100,000 years old. But, there it is in dinosaurs bones. Other materials that are supposed millions of years old, such as coal, have also been tested. They also have C14 in them. Even diamonds, which scientists claim are billions of years old, have C14 in them. This is a very young world!

The scientific evidence is in. What I knew all along is based in fact. Us dinosaurs walked the earth very recently.